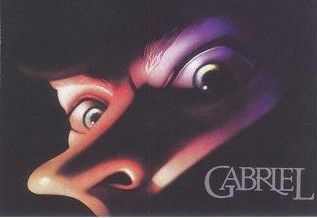 The Fabulous Gabriel was born in 1948, he is a graduate with a masters degree in music and history from Rhode Island College.

Previously he attended Roger Williams College where he received his associates degree he also attended Berklee College of Music for one year,

and then Boston Conservatory for another year also attending a graduate extension course in Archaeology at Brown University.

He has many music credits among his years of song writing and entertainment career, he has written songs for the world famous FOUR TOPS, Gloria Gaynor, The Bud girls band for Budweiser and many more.

Gabriel's main instrument is the saxophone, in his earlier years he played the Sax with such famous groups as Tommy James and the Shondells, Wilson Pickett, Gary US Bonds, Bobby Comstock and the Counts, Joey Welz of Bill Haley's Comets, Dick Clark's Caravan of Stars Tour.

He then went on to become an accomplished piano player and songwriter in 1990 he received a gold and platinum album, along with having honors in Cashbox magazine as having the single of the week and one of the most entertaining albums of the year with his controversial Elvis album, "Somewhere Elvis is smiling"

Throughout the years The Fabulous Gabriel has written and recorded many original songs which have sold world wide!

Today The Fabulous Gabriel is still writing and performing his mega hit songs.